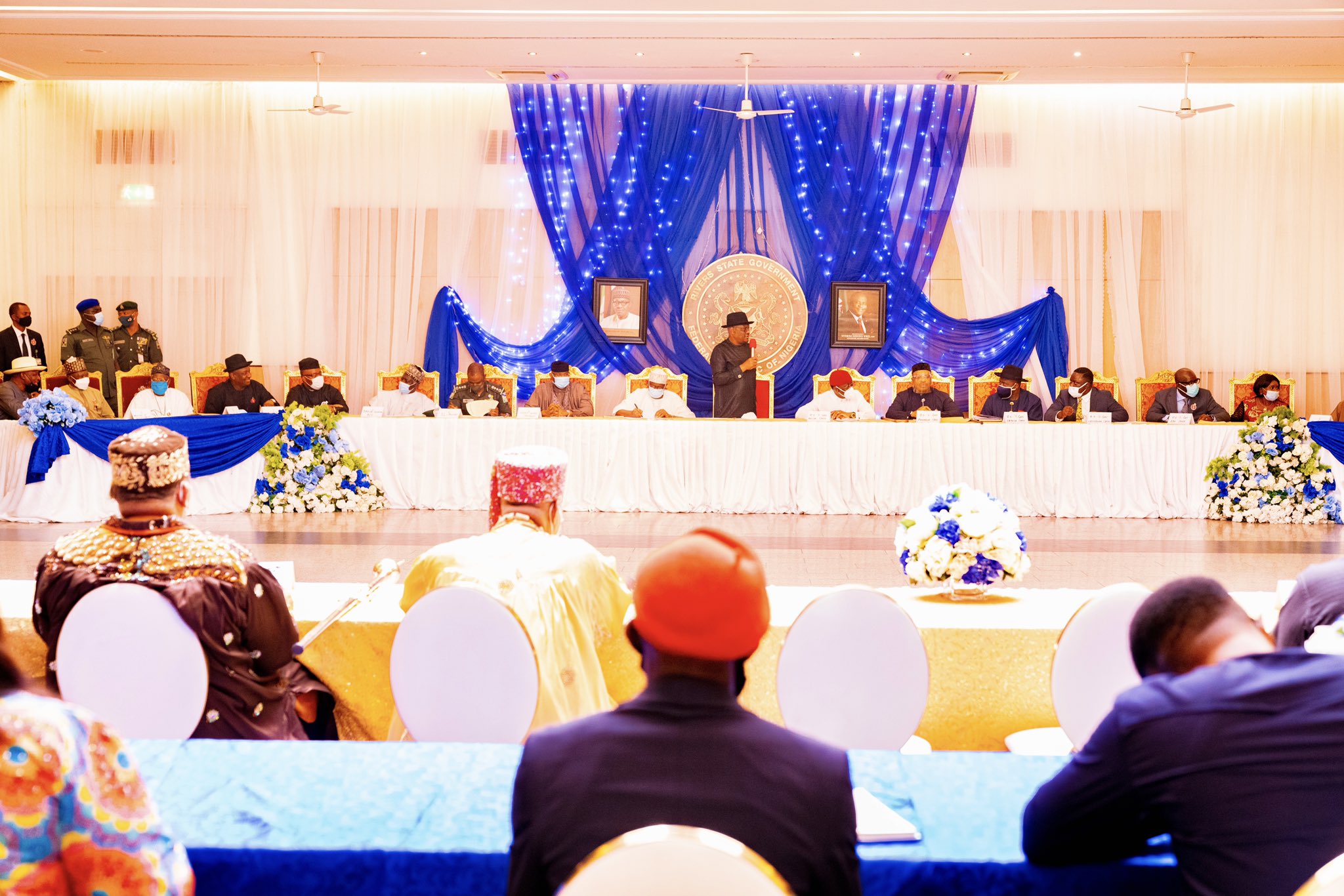 Governors and people of the South-South Geopolitical zone don begin ask for restructuring in line with the principle of true federalism in order to guarantee peace, security, and stability of the nation.

During one meeting wen the leaders and governors of the region get with d FG for Port Harcourt on Tuesday, dem say the country no dey at peace with itself and say e no dey work as e suppose work, say the people of South-South region need attention.

Wen chairmo of the South-South Governors Forum and Governor of Delta State, Senator Ifeanyi Okowa dey talk about the position of the zone during the regional stakeholders meeting with a presidential delegation wen the Chief of Staff to the President, Ambassador Ibrahim Gambari lead for the Government House, Port Harcourt on Tuesday, he come call for the restructuring of the nation and true federalism.