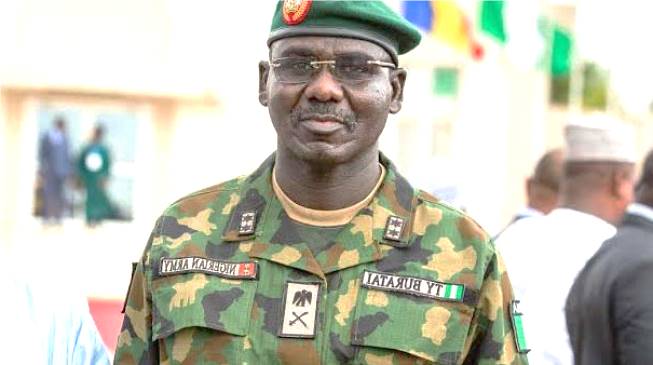 The Defence headquarters (DHQ) say the armed forces don ”checkmate” Boko Haram and their operations for the north-east.

But during one interview with d News Agency of Nigeria (NAN) on Monday, John Enenche, Coordinator of Defence media operations come talk say the Federal Government and the military since 2015 don check the weight of terrorist activities for across the country — particularly for the north-east.

Gen. Buratai make the statement during the final screening for 80 regular recruits for Falgore forest training camp on Monday for Kano State.

He come talk say the exercise na new approach to the screening and recruitment process of the Nigerian Army. He say dem dey do dis one becos dem need to recruit the best.