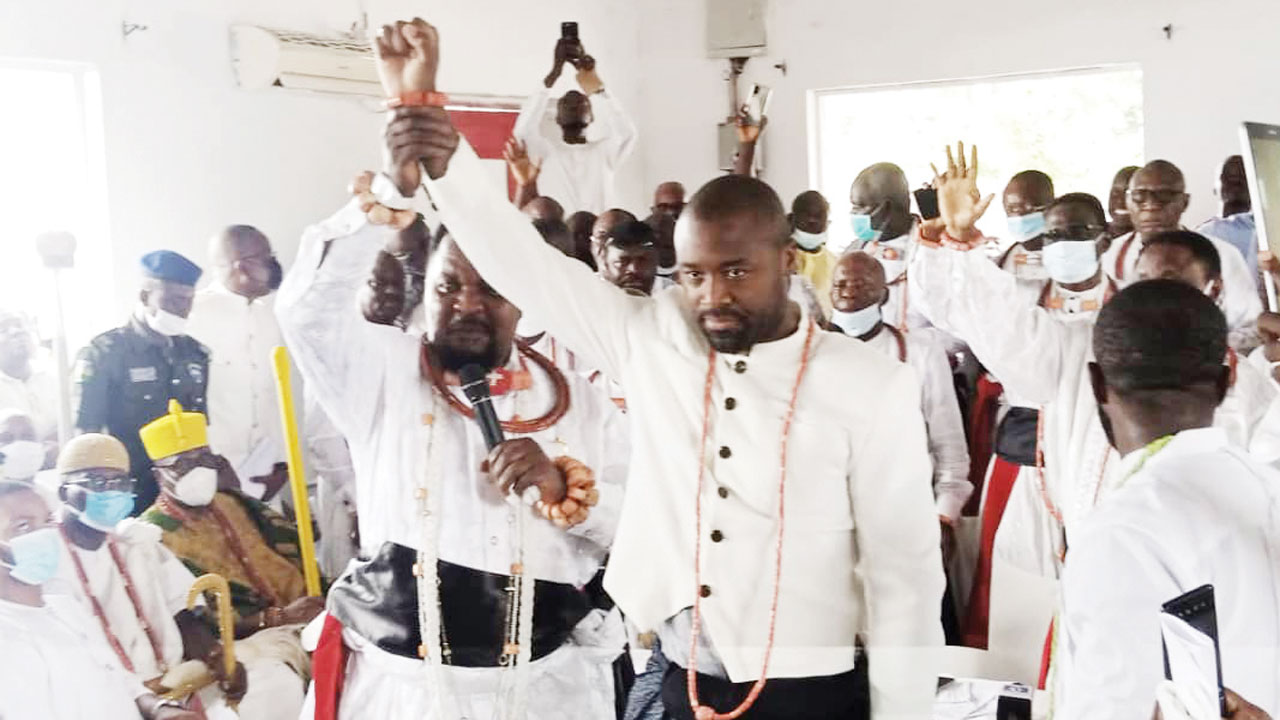 Chief Johnson Atserunleghe, the lyatsere of Warri Kingdom when formally announce say His Magesty, Ogiame Ikenwoli don denkwes give the Solemn Assembly of the Itsekiri Nation come still announce one mourning period of three lunar months throughout the ltsekiri Nation.

He come talk say out of the seven kingmakers for the kingdom, na only two of the kingmakers nia mark present for the ceremony wen shele for Ode-Itsekiri, the ancestral home of the Itsekiri people for Delta State.