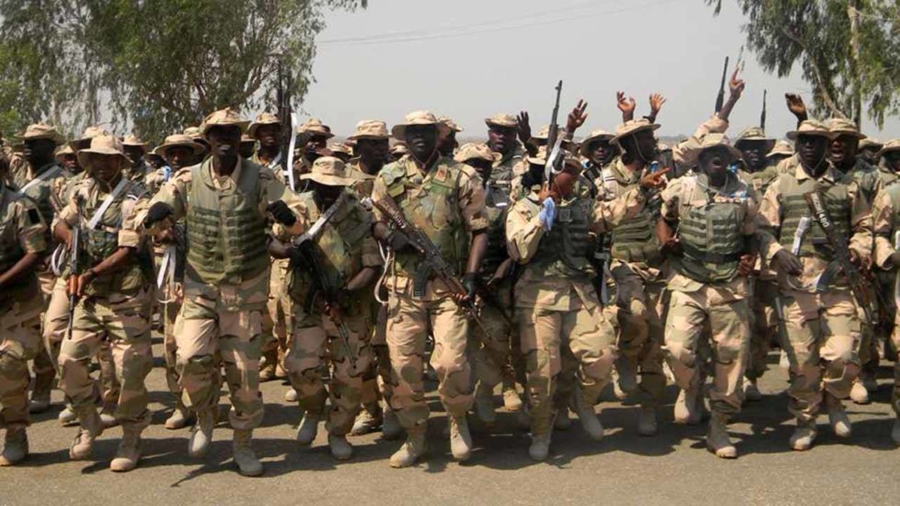 The army say dem gbab some of the officers for Damaturu, the capital of Yobe State about 60 kilometres away from the training centre for Buni Yadi.